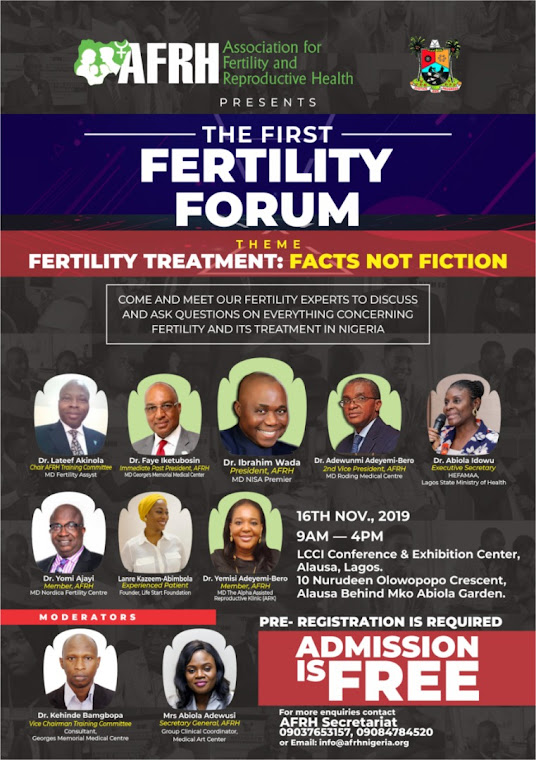 BABY AT LAST, 20 YEARS AFTER MARRIAGE

CLICK IN THE BRACKETS BELOW TO READ REALLY WONDERFUL BABY STORIES

Mr. and Mrs. Michael Idiake in the last 20 years, waited on God to bless their marriage with a child. Last month their prayer was granted as they told Jibola Oyekunle

February 4, 2007 was another special day for Mr. and Mrs. Michael Idiake. It was singing and dancing galore at the Dominion Cathedral of the Redeemed Christian Church of God at Gowon Estate, Ipaja area of Lagos.

Idiake, 50, and his 41-year-old wife have had it quite rough in the last few years. But now, they have a special reason to be happy once again. Their joy was brought about by their baby, whom they had waited long to have for two decades. “We gave her many names which all have their various meanings,” said the excited father at the end of the dedication of their beloved baby to God.

“You can call her Osekweme, which means ‘ I am thanking God’ ; we also named her Osayande, meaning, ‘Season and time belong to God.’ The baby also shares the same name with her mother. “We also christened her Joy and Faith, which are also the names of her mother, my wife,” Idiake enthused.

He said further, “The word Joy, as the name implies, represents our happy mood. With her, God has brought permanent joy into our marriage. I personally chose her mother’s name for an obvious reason: it was my wife’s faith that kept us going at some difficult points in time when my mind became weak. In those periods, God made her to get stronger in faith and she kept reassuring me that we were close to God’s time, when He would answer our prayer and bless our marriage with a child.

“You know as a human being, it is natural to feel depressed when after waiting for so long a period of time, you find out that the situation still remains the same. Judging from experience, some similar situations that have broken up some marriage relationships were not as bad as our own. Yet, some couples have found it difficult to live through it. But I thank God for my life and that of my wife. Both of us happened to have known God closely before we got married. And after our marriage, we became stronger in faith. It has not been easy but our faith has really helped us.

How did the duo manage such pressure? Faith, Idiaka’s wife, who is a nurse by profession, responded: “Yes, there were pressures from my family and that of my husband. But apart from the faith we both have, there is a strong love between us. Two, my husband’s father loves me so much and throughout this long period that we had been waiting on God, he never allowed any of such pressure to outweigh the love my husband and I have for each other.”