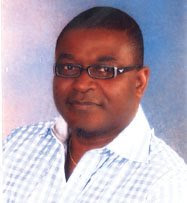 Dr Tunde Okewale is the proprietor of St Ives Hospital, a Lagos-based centre noted for producing test tube babies. In this interview , he speaks about his modest success story and why doctors should operate within their areas of specialisation for maximum success and rest of mind.

Why did you name your hospital St Ives?

We named the hospital St Ives for various reasons. During my residency training in obstetrics and gynaecology in the UK, I worked in a small town called St Ives. It is one of the coastal towns, rich in history and tourism, and I fell in love with the town and the name. That is one. The second reason is that in Catholic parlance, the patron faith of lawyers is St Ives, and my wife is a lawyer. So, when we were looking for a name for the hospital, we settled for St Ives